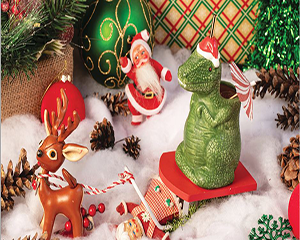 Miracle at Daiquiri Time Out

‘Tis the season of holiday magic and miracles - people are nicer to each other, politics is (largely) put aside, hope fills the air, and wonderful surprises can be right around the corner. In Galveston, a bit of that unbridled joy has popped up at a local favorite hangout in the trendy west Market Street district: Daiquiri Time Out. “Year-round, we offer seasonal and classic cocktails and a full chef-driven food truck menu,” said owner Brad Stringer, 35, who... 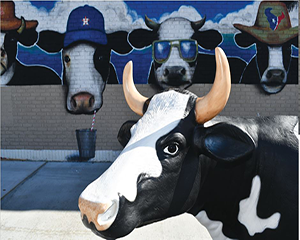 The building at the corner of Winnie and 24th Street has been getting a lot of attention lately mainly due to the appearance of - of all things - cows. But the installation of these bovine statues and paintings isn’t as random as one might think. The new herd is moo-ving into downtown Galveston, surrounding the former Model Dairy building.Built in 1915, the structure was home to Model Dairy which used milk from 31 dairies in Galveston and surrounding counties. 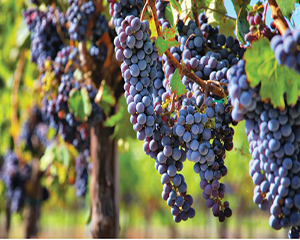 Pinot Noir is most famously used in the wines of Champagne and Bourgogne, or Burgundy as much of the English-speaking world calls it, but it has traveled far and wide both in its home country and beyond. It is widely planted in other European countries like Germany and Italy, and it has become a favorite in the New World, as well. 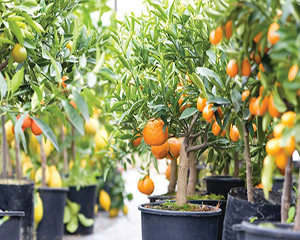 Citrus shows, citrus competitions, citrus festivals, and the quickly approaching citrus and fruit tree sales seems to be the perfect time to address the subject of citrus for Galveston. What to plant, when to plant and how to plant; the key issues when making citrus selections for your garden. 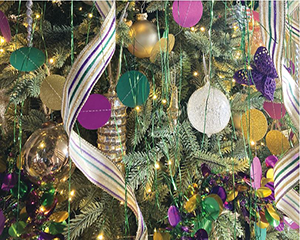 Southerners have a special knack for getting “lagniappe,” or a little something extra, out of life. So why should their Christmas trees be any different. After the traditional holiday season passes this year, many Islanders will be re-adorning their trees in purple, gold and green to create festive Mardi Gras trees.

Tiara On The Beach 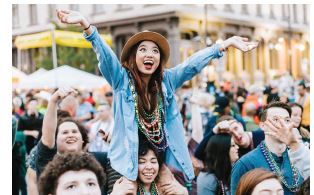 Galveston Island’s 112th Mardi Gras celebration will return to the Historic Galveston Strand District in 2023 from February 10 through Fat Tuesday on February 21. Mardi Gras! Galveston, the third largest Mardi Gras celebration in the United States, is expected to draw more than 350,000 attendees this year for two weekends of live concerts, parades, balcony parties, elegant balls and new festive additions. For a limited time, discounted tickets are now on sale for general weekend admission, general admission ticket packages and all access balcony party passes. Balcony party passes are limited and will sell out quickly. Musical headliners are being finalized for the festival’s concert lineup and will be announced on January 3, 2023. To purchase tickets and passes visit www.mardigrasgalveston.com.

Musical headliners are being finalized for the festival’s concert lineup and will be announced on January 3, 2023. To purchase tickets and passes visit www.mardigrasgalveston.com.

CHRISTMAS TREE PURCHASED IN GALVESTON IN 1910 NOW ON DISPLAY 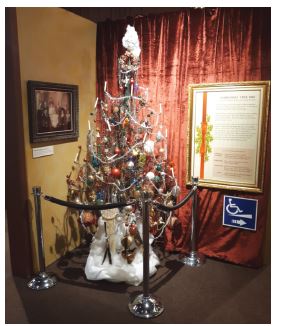 A 112-year-old Christmas tree is now on exhibit at the Galveston County Museum through the end of December. The tree was one of the first artificial trees sold in Galveston.

It was imported from Germany and sold at Eiband’s Department store for $11 in 1910. Several ornaments on the tree pre-date the tree.

Real candles originally lit the tree, and a bucket of sand was kept under the tree in case it was needed to extinguish a fire. Also, under the tree was a bundle of switches to encourage children to be on their best behavior.

In 1910, the tree was usually put up the night before Christmas and then the family gathered around. An adult would carefully light the candles for a very brief time as there was great risk of fire.

TIt was cherished for generations before it was donated to the museum by the Martin, Ringh, and Conley Families.

Galveston County Museum is located at 722 Moody (21st Street) in the old Galveston County Courthouse building. The museum is open Mondays, Wednesdays and Fridays from 10am to 4pm. Admission is free. For more information call 409.766.2340. 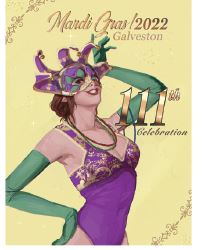 Submissions will be accepted through January 12, 2023, and should be delivered to Y aga’s Entertainment, Inc. at 2314 Strand.

Those interested can download a packet with application and details on how to submit your artwork at www.mardigrasgalveston.com. 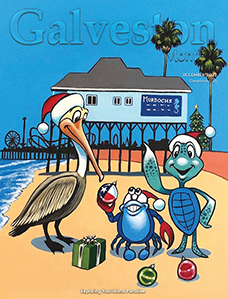 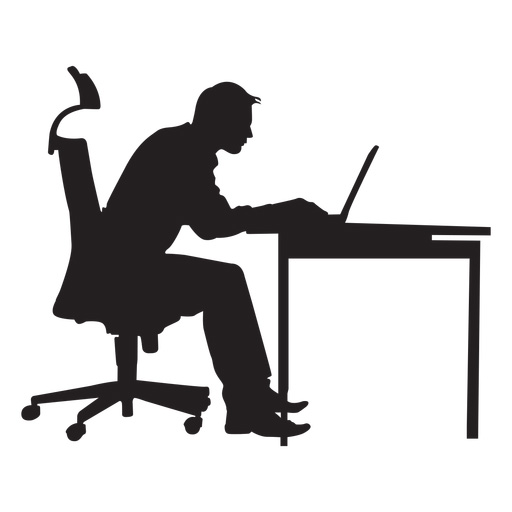 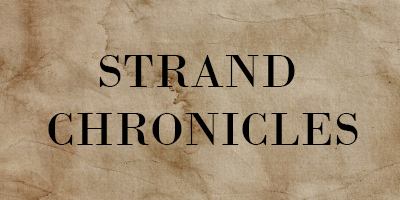 The portion of Galveston’s Strand Street between 20th and 25th Streets is called simply, “The Strand.” 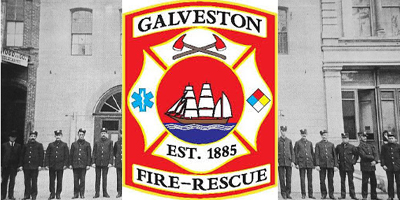 Galveston Monthly presents a multi-part series on the history of the Galveston Fire Department. 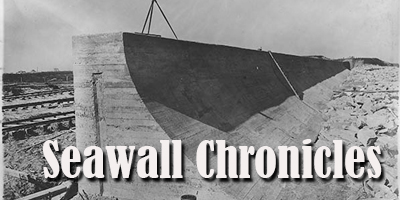 Built after the Storm of 1900 to protect Galveston from future storms. 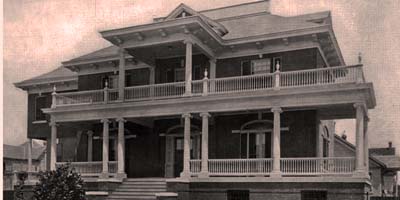 Histories of the incredibly rich past of the architecture in Galveston.